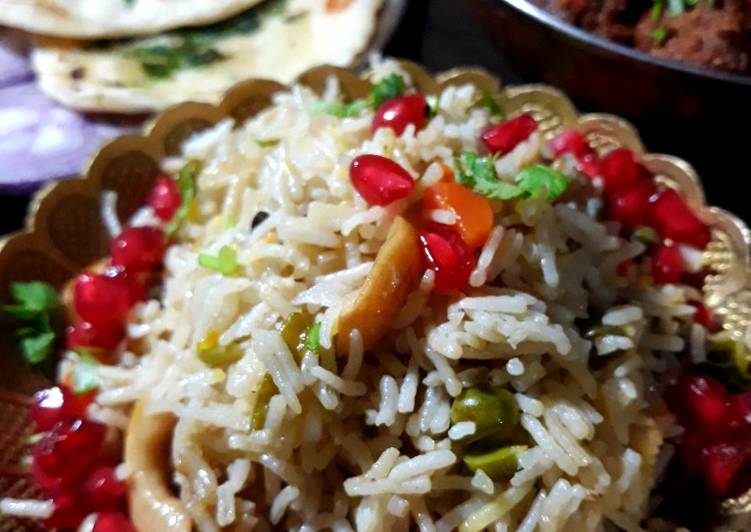 It is an exotic dish perfect for get togethers and small parties. It is one of the simplest pulao recipe. One day when I saw this Kashmiri pulao recipe in the cook book I had, I planned to try and pack it for Vj. So when he came back that day he told – never ever make kashmiri pulao again.